I’m a terrible sports mom. I don’t mean I’m not supportive of my children in their athletic endeavors. I am—I want them to get good exercise, do well and be proud of themselves, understand what it means to be part of a team, and I want them to have fun. After the game we talk about what they did well, how they could improve, and how important it is that everyone played well, not just if the team won or lost. I’m just terrible at the during-the-actual-event stuff.

In the first place, I have no understanding whatsoever of the details of the rules of any sport. For all I know, you have to say “Mother, May I?” before you throw the ball back into play in soccer, and if the runner in baseball has his fingers crossed when he gets tagged, is he actually out? A lot of this is because I find sports boring as shit and don’t follow any of them. Plus I never participated in organized sports as a child. I took gymnastics once for about six weeks, and I rode horses all through high school, but neither of those involved fouls or outs or goals or anything. So things happen on the field or the court, and I’m not sure if they’re good or bad. Or if they matter at all. You’d think by now I’d get it, and to an extent I do (you can’t watch 8000+ hours of soccer without figuring out a little of what the hell’s going on), but the finer points of every game escape me.

I’m also not one of your gung ho sports mommies. I don’t stand on the sidelines and yell, “Go, Badgers!” or “Stay with it!” or “Nice D!” (which, it took me a really long time to figure out, was not one mom calling to another on the other side of the field with a compliment about her recent breast augmentation, but means, “Nice defense”). Shit I can barely remember which predatory animal my kids’ teams are named after, much less be expected to cheer and shout and generally make an ass of myself in their support. Besides, I’m just as likely to get the team name wrong (“Go Wolves! I mean…Cougars! I mean…Wildcats! Whatever!”). So you expect me to be able to recognize when they switch from playing offense to playing defense? I clap when my child’s team does something good (I know it’s his team, and I know it’s something good based on the reactions of the other, more enthusiastic parents of his team mates around me). I’m just not one for making a spectacle of myself. Besides, I never want to be that parent screaming in a voice that would crack a mirror while all the other parents stand around and roll their eyes at each other, wishing that parent would shut the fuck up. 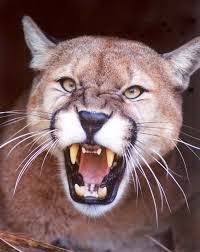 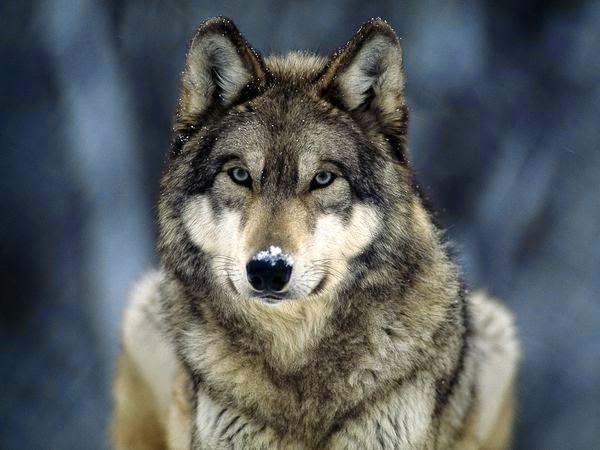 ???
Pretty sure it's one of these
Because I have no concept of how to play…any sport, really, I’m also never going to be that parent yelling instructions to every kid on the team. You know the one I mean—usually a dad (but I’ve heard moms who do it) who wants to tell not only his or her kid, but all of the kids the best time to pass, how fast to run, when to shoot. And they do it through the whole fucking game. I can’t believe the kids even hear these instructions, much less think to act on them. I’ve never figured out why these assholes don’t sign up to be the coach, if they know so much. Or, you know, shut up. Either one is fine with me.
I have a further confession that may brand me as a complete asshole, but I have to say this: I actually don’t care about the performance of any kid but my own. If your Connor or Madison plays well, that’s great. I’m happy for you. But don’t expect gushing congratulations from me on the goal/run/out s/he was part of. Because let’s be honest, if my kid wasn’t part of it, I probably wasn’t watching. The best you’re likely to hear is “Wow, Connor/Madison played a great game!”  I don’t mean that maliciously. It’s not unkindness on my part, it’s complete apathy. I really only pay attention to what’s going on when my kid is participating. The rest of the time I’m reading my book or catching up on Twitter (read: writing tweets about how annoying all the hyper enthusiastic screaming sports parents are and/or how fucking uncomfortable the bleachers are, and that my butt is now asleep. Because Twitter cares very deeply about my butt. It told me it did).
It also seems like most sports events are held either first thing in the morning, or during cocktail hour. I am a morning person—7 a.m. is sleeping way in for me, and always has been—but that doesn’t mean that I want to hop out of bed and scurry off to some playing field or other. I like to read, write, maybe watch a little Amazon Prime, have a Diet Coke. You know, relax. The only thing that would make it acceptable for them to schedule some damned game or other at 9 a.m. on a Saturday is if the concession stand sold Bloody Marys. And I can assure the local Little League that parents would stop grumbling about games at 6:30 p.m. on Wednesday if they could get a beer while they watched their kid miss every catch that was thrown to them for 90 minutes straight.
I’m sure the other parents think I’m a complete slacker, too, because I never volunteer to be scorekeeper, or wrangle equipment or anything. I volunteered in the snack shack exactly once, and that was one of the biggest nightmares I’ve experienced since I left the food service industry 25 years ago. A tip: if you’re forced to work the snack shack, sign up for the first shift of the day (assuming this is 9 a.m. or so). If your team’s snack shack serves anything remotely resembling real food, under no circumstances should you sign up to work between 11 and 2. You will be serving the “lunch crowd” consisting of 185 starving nine year olds whose parents were too busy running from one event to another to get them lunch, and agreed to get the kid a hot dog (and some fries and a pretzel and three Laffy Taffys and a Kit Kat and a Gatorade and a bottle of water). The day I did it many of the Little League teams were having “end of season” cookouts, so the pressure was reduced, but even with that I still left the snack shack smelling like a deep fat fryer, having flashback nightmares to my days working in a carry out serving barbeque sandwiches and tuna melts to construction workers.
So between not getting it, not caring about 80% of what happens on the field, and being perceived as not jumping in to do my part, I am a horrible sports mom. I’m sure other parents see me sitting there on the sideline with my magazine, or playing with my phone, and think, “You’re what’s wrong with parents today.” And they may be right, but I’d rather have them judge me as a bad sports parent (since they’re not entirely wrong) than have them rolling their eyes, wishing I’d shut up for just two seconds.
Posted by Tracy

Email ThisBlogThis!Share to TwitterShare to FacebookShare to Pinterest
Labels: alcohol should be mandatory at activities that involve adults supervising children which is to say life, things I don't do, whining disguised as humor

Well, I'm what's wrong with parents today, too, because I'm totally with you. Also, I love your post tags. Alcohol SHOULD be mandatory.

Thanks! Yep, we're the problem, that's for sure. All those super excited parents giving us the stink eye for texting and being bored at endless sporting events. Pttthhhht.

I like when everyone claps for ALL the goals, no matter what side scores. I'm basically like "That's bullshit. I'm not clapping for the opposing team. They might get a wan, chilly smile. If they're lucky. MAYBE."

I wish I could say I was paying close enough attention to notice when either team scores, but generally, I am not. The one time I WILL notice, and will clap loudly, is if a kid gets knocked down somehow, and gets back up. Then we all clap in encouragement. But the rest of the time, it's just as likely I'm farting around on my phone and didn't even notice there was anything going on.

Considering that when my kids reach sports teams age I'm probably going to have a very similar attitude and lack of knowledge, I'd like to go ahead and proclaim that the only thing you need to do as a sports parent to be a good one is sign them up for what they enjoy, get them the appropriate shoes & equipment, bring them to the field on time and be there for when they're done. So far it sounds to me like you're a great sports mom :)

Thanks, Ariel! My kids seem satisfied with my level of involvement (but they also know that Mommy is NOT a sports person). As long as they're OK with it, the other parents don't matter to me :)