I hate it when I get home at the end of the day, look in the mirror, and discover a little black thing lodged in my teeth. I always think, “Well, it was way off to the side. The seventeen people I had meetings with, or talked to face to face for the last four hours probably didn’t even notice.” Yeah, sure. But the worst of it is that none of those people told me about it. What’s the reluctance? When have you ever pointed something like that out to a good friend and had them snap, “Fuck you, bitch. It’s there on purpose.” I get it—our embarrassment comes with empathy—we know how we feel when the little green thing happens to us, and we’re reluctant to cause someone else similar embarrassment. But holy hell people, suck it up and tell me when there’s a poppy seed in my teeth. Fortunately, some people do overcome their own feelings and help a gal out of a potentially mortifying situation.

A million years ago I had a job as a Client Services Manager for a marketing software company. That may sound fun or impressive or glamorous (or not), but what it really meant was that I went out to our customer sites and figured out how they were using our software so we could improve it, and help them improve how they used it. It was actually dull as dandruff, and meant that I had to do a lot of flying, which I loathed (and still do).


I was on my way home from a trip to Knoxville, TN. I had been visiting HGTV, which was still in its infancy (and, may I say, had the bitchiest marketing person I’ve ever encountered—Tamara, wherever you are, I hope the Starbucks closest to you sucks, and I totally heard you say you didn’t want to give me a t-shirt, and therefore fuck you), and I was at the airport waiting for my flight. The dress code for client visits was “professional,” and since I had come directly from their offices, I was wearing a blouse and skirt in the same pattern (so it looked like a dress). I would describe the skirt as, “swirly.” Because of the dress code, I was also wearing panty hose (UGH). I slipped in and used the restroom, checked myself very carefully, and skipped out across the concourse to sit down in a row of chairs across from the ladies room.
I hadn’t been seated for more than a minute when a kindly looking grandmother type came and sat down on the edge of the seat next to me. She placed her hand gently on my forearm and leaned forward anxiously, clearly the bearer of distressing news.
“Honey,” she said in a low voice with a sweet Southern drawl, “your skirt’s tucked up in your panty hose.” 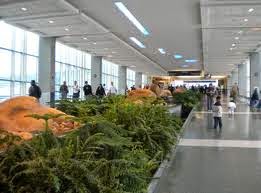 The scene of my humiliation

“Oh, thank you,” I stammered, humiliated and no doubt blushing fire engine red, but managing to extricate the skirt from the waistband of the hose with a lot of unladylike wriggling and squirming, which I’m sure made it look like my underwear was the best place I could think of to hide my pet hamster so I could get it through security unnoticed. I prayed that my swirly skirt was voluminous enough that the two sides of it covered my backside as I tripped from the door of the ladies room to my seat (it was possible, but, let’s be honest, probably wishful thinking). 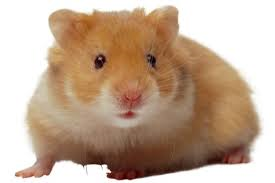 This is not why I was squirming
“Well, I had to tell you, honey,” she said, kindly. “It happened to me one time. At church. And no one told me.”

I was appalled. I mean, I was in the Knoxville airport. I’m confident I’ve never seen any of the people who were on that concourse that day again since. (I could be wrong—maybe last month when I was walking through LAX there was a woman I passed at one of the United gates who nudged her friend and said, “You see that insane looking woman yelling at the four kids to keep it moving so they can get to Disneyland before Labor Day? Well, I totally saw her underpants in the Knoxville airport fifteen years ago.”) And even if I haven’t ever seen them again, it was still super embarrassing.

But that poor woman who came to my rescue—she had to go back to church the next Sunday and face an entire churchful of people who had gotten a good long look at her Hanes for Her. And not one of them said anything to her about it. Can you imagine? Mingling with the rest of the congregation after the service, having a cup of coffee, shaking hands with Pastor Brooks and complimenting him on the sermon, arranging to meet Mabel Ogelthorpe and Viola Hightower for cards on Wednesday. All with her skirt tucked up in her hose, and her panties plainly visible to everyone.

I don’t know about you, but I think I’d have switched religions.

Email ThisBlogThis!Share to TwitterShare to FacebookShare to Pinterest
Labels: things that have the potential to be very embarrassing, things that make me blush

Remind me to post about my first dating anniversary with my husband that ended with manicotti stains on my butt.

Oooohhhh that would be BAD, because manicotti stains would look like...I can't even go there. You poor kid!

Am I going crazy? I feel like I have read this exact same story at some point before. Have you published it somewhere else? I hope the answer is yes because if not ALL WORK AND NO PLAY MAKES JACK A DULL BOY.

You are NOT crazy. Didn't mean to make you (further) question your sanity. You DID read it because I posted it in a much-abbreviated form as a comment on your blog. And this week I was desperate for material, padded it out, and republished it. So you have read it before :)

Uh, yeah. I would have definitely switched religions. What a nice lady for telling you!

Right? Bless her heart! And I mean that in the nicest way!!

Switching religions is always the answer I think. I'm fairly certain there were some people in LAX that recognized you from Knoxville. I mean that's pretty memorable.

My undies are pretty memorable, as a general rule. I think those were probably the Seinfeld ones. They were based on the ruffled shirt episode, so they looked like the sort of thing 3 year old girls wear, with all those rows of lace across the butt.

OMG!! Thanks for sharing your story because I thought I was the only fool that went to the ladies room and came out with my skirt tucked into my pantyhose. I wasn't that lucky to have some nice church going lady point out that my skirt was snagged in the waist band of my nude pantyhose and my panties were completely exposed. No I spent 15 to 20 minutes although at the time felt like hours wondring arough a department store with my butt exposed. It wouldn't have been so bad but it was a Saturday and the was busy. I hope all you folks out there that seen me and din't say anything have a similar embarrassing situation happen to you. I hope someone feels for me.

Oh yikes! Nightmare, so sorry that happened! Glad the church grandma was there for me; I hope if it happens again, there's one for you. Better yet I hope it never happens again!