How to Humiliate Your Tween or Teen

Parents have been unintentionally humiliating their kids since the first time Cain said to Eve, “You’re not really going to wear that outside are you?” Sometimes, however, even the best parent feels an urge to take the opportunity to inflict a little of the searing shame they felt at their own parents’ behavior. I offer here some insight into the best way to do that.

As sensitive as kids are to what they label “weirdness,” just by being yourself you’re likely to succeed. But with very little extra effort, you can really knock it out of the park. This extra effort takes the form of perceived nonconformity. If your kid thinks you’re not like the other parents, it’s sufficient to cause him or her to want to dry up and blow away with embarrassment.

Here are a few steps that I promise will reap results:

Step 1: Acquire a tween or teen
This isn’t hard to do. The simplest (and by “simplest” I really mean “most common”) way is to have a baby and wait ten years.


Step 2: Expose yourself to their music and deem a couple of their songs “kinda catchy"
If it were up to your tween, you wouldn’t listen to any music. You would be someone who reached adulthood, and ceased to consume any form of melodic sound. Why? Because then you would have no opinion on what they’re listening to, nor would you have a bunch of weird old people stuff that you liked to listen to.
The music our kids listen to isn't that far removed from what we ourselves listened to (although I will say it sort of disgruntles me when a popular song starts off with the opening riff from "Tainted Love" but turns into a rap song), so it's not hard to find at least a couple of songs you like among theirs. Then, in spite of the fact that clearly every other parent likes Taylor Swift's "Shake It Off," your kid will be mortified that you know the words and can sing along.
A car seat butt dance to any song is tween humiliation gold.
Step 3: Get dressed
There will come a time when nothing you put on your body will satisfy your teen. Everything you don will be deemed “weird.” Asking, “And just what do you want me to wear?” after you have changed three times to try to find something satisfactory to wear to an event with them will illicit only the very frustrating response, "Just, like, what all the other moms wear!” Pointing out that your wardrobe is almost identical to every other mother of every other eighth grader will be futile. You will need to stop trying to pacify, and use this as an opportunity to disgrace your child.
Obviously you don’t want to make a spectacle of yourself either, but picking a single thing—unusual earrings, a slightly wacky scarf, unconventional shoes—and wearing that with a simple pair of jeans and t-shirt will suffice. Your teen will be convinced that everyone in a two mile radius has noticed this aberration, and is tittering behind their hands about it with everyone else within the two mile radius. You win.

Step 4: Talk to them
It’s bad enough that you exist, but then you want to, like, communicate with them. And sometimes you try to use their vocabulary. Translate it into their native tongue, as it were. Remember how ghastly it was the first time your own mother declared herself “grossed out to the max”?
So it is with your own teen or tween if you tell him or her you want to take a selfie to post on Facebook, end a sentence with “BOOM!” or use a “verbal hashtag” (ex. “I was singing along to ‘Shake It Off’ and my friend Jennifer said, ‘I totes love that song!’ and I was like ‘hashtag Swiftyrules’!”) they will be appalled and disgraced at your unseemly behavior. Kids are convinced that their language is unique and cool long after it’s become mainstream. The reason kids are constantly coming up with new slang terms is to try to keep grownups from using their vocabulary.

In closing I want to assure you that while it’s nice to make the effort to humiliate your child, you don’t really have to try that hard. As I said, parents have been unintentionally mortifying their children since the dawn of time, simply by having the audacity to exist. Sometimes your presence will be sufficiently awful for them that you may even find yourself feeling sorry for them. Those feelings are likely to evaporate as soon as they say, “Do you have to play those dorky ‘Purple Rain’ songs all the time?” so it’s always good to have a few retaliatory strategies in mind. 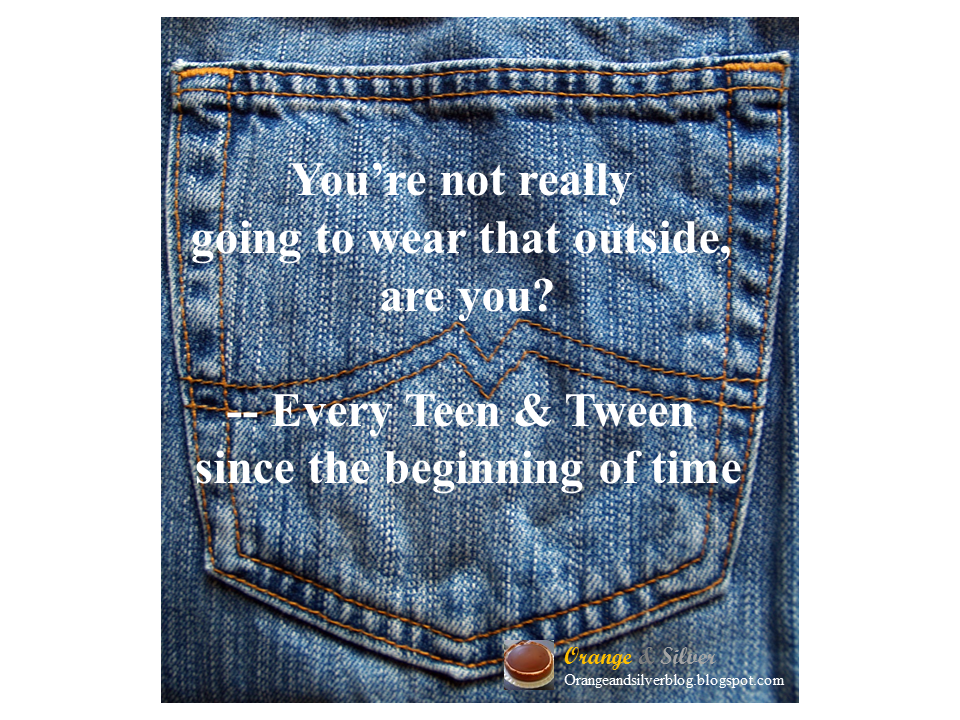 Email ThisBlogThis!Share to TwitterShare to FacebookShare to Pinterest
Labels: how to humiliate your kid, i'm 37 i'm not old, the joys of parenting, things kids do

My boys went through this stage, but given the number of times I suffered mortifying embarrassment at their hands, I figured turn about was fair play.

EXACTLY. The tantrums, the inappropriate comments. Your turn, kids! :)

Oh you want to have a tantrum and be an asshole because I won't let you stay up until 11 p.m.? I'll be wearing my DORK BOOTS (as you so kindly call them) to your next school function. YOU'RE WELCOME.

I laughed at a friend telling me how she got her daughter to tone down the make up, by telling her she REALLY needed to put MORE red lipstick on, because, you know, once you have one drink, it's all worn offf. Good one mom!6451

Oh yes, like shooting fish in a barrel, and easily the best part of being a parent of a teen. I highly recommend labeling everything they own with an endearment like "smoochy," and declaring loudly at the school drop off area how much you love their sweet, little tuckus. This will have the added benefit of rendering them speechless for a good portion of the afternoon when they return from school.

Anonymous - as I recall (from my own teenage years!) anything that can get a kid to lighten up on the makeup is a good thing!

ManicMom - I yell things like, "Have a nice day! Write if you get work! Don't take any wooden nickels! Don't fire until you see the whites of their eyes!" and so forth as he's getting out of the car. He hates it! :)

Too funny! Was I this awful to my parents as a teen? Yeah, probably. Karma's gonna hit in about 5 years.

I remember being embarrassed by my parents, but I don't think I ever did anything more than roll my eyes. However, if I did, it will all come back to haunt me, I'm sure!

With girls it's very effective to try to copy their style--wear the same color shirt or ask to borrow their lipstick or perfume and then say your going to buy the same for yourself. My teen boy loves for me to rub and scratch his back--he'll even hold my hand if I'm rubbing his arm or massaging his hand. But if I ever touch him in public he completely recoils. Being chummy with their friends will also cause great embarrassment. What a fun topic...I could go on all day!

Excellent tips, Margot! Thanks! My daughter isn't a tween yet, so I'll have to make a note of those suggestions for when she is.

Embarrassing my soon to be 15 yo son is one of my favorite pastimes! I love to sing Green Day songs and ask him if he wants to grab his guitar and "jam out".
I enjoy saying things to his friends like "Yo! Wassup, home slice!" Priceless.

It's the milestone I've been waiting for, the first time she knows she's being mocked. It'll make it all worth it!

Yes, it takes a little while, but if you start exposing them to sarcasm when they're young, they'll learn to recognize it. Of course, they'll also learn to use it, so it's a double edged sword, but no system is perfect.

Wait. What did he say? Purple Rain is anything BUT dorky. I'm surprised, though, that your kid takes such offense at your clothes. I actually dress nicer than my kid who lives in sweats. I'm like, "Please wear anything OTHER than a stinkin t-shirt," but no. Surprisingly, even though my kids are at that age, they are not completely embarrassed by me, but I am going to try #Swiftyrules!

#Swiftyrules is a guaranteed embarrassment generator! Money back if you're not satisfied.