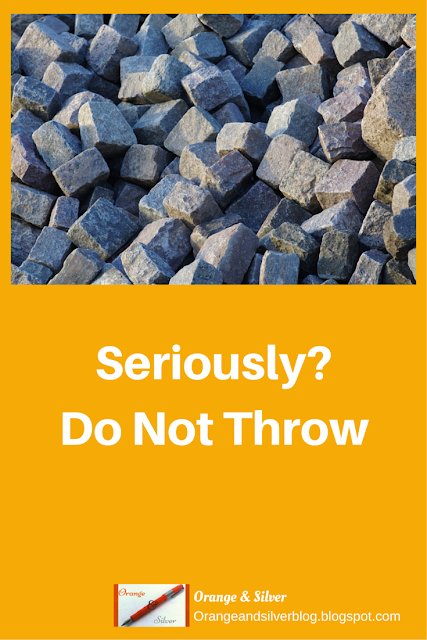 Email ThisBlogThis!Share to TwitterShare to FacebookShare to Pinterest
Labels: alcohol should be mandatory at activities that involve adults supervising children which is to say life, head wounds, things kids do

I had only two boys and I spent a lot of time waiting at the ER. I'm almost a pro at deciding what should be stitched and what I can just slap a band-aid on.

My husband handles those decisions (that whole Eagle Scout training thing). So far he's been right every time, so I let him retain that responsibility.

I had to laugh about them throwing the rocks in the air and watching them come down. It's such a little boy thing to do! Luckily, knock on wood, we've never had a head wound with ours. He just kept getting injured playing sports - and that was bad enough.

kdcol - keep knocking. I know I am, hoping that we get no more! Probably not going to happen, but I can hope!

Gigi - on the other hand, we've been really lucky to have no sports-related injuries to date. Knock on wood!

I feel like I just read a post about my childhood ;) And also I want ice cream now.

You had a bunch of brothers, so I'm sure there were a lot of similarities :) And you should definitely have ice cream.

I hear you about needing to use Urgent Care for stuff. They've been good to me for the most part. I can see how boys would be sure to get wounds on their bodies from sports and the like. Makes sense when they like to play with rocks! Hope your family is better now.