Halloween Candy: What to Avoid

Kids love Halloween and kids love candy. As we grow older, we forget that all candy isn’t created equal. Just dropping a morsel of sugar, regardless of its pedigree, into a tyke’s sack isn’t enough. It needs to be decent candy, good candy. With the rare exception, good equals chocolate. Tread carefully around things with peanuts, even if they're chocolate, (although it’s hard to find candy that doesn’t have some form of peanut in it), but by all means, lean toward chocolate. The problem is that candy that is not chocolate is so often something completely weird and beyond consumption.

Take Bit O Honey. Having recently read the ingredients on these, I can assure you that the name is well suited, as they contain about as much honey as my body contains manganese (which is to say, very fucking little). These are bits of sweetened hard plastic shaped into squares. I believe they were invented by a dentist whose business was slow. Once he started distributing them, he saw an increase in child patients with cavities, and additionally in their parents, who had yanked their fillings out and needed to have them replaced.

Similar to Bit O Honey are Mary Janes. Instead of honey flavor, Mary Janes are peanut butter flavored. They have an almost identical consistency, and were probably created by someone who was both a dentist, and whose father in law was a peanut wholesaler. These are made by the same company that makes a candy that is in competition for the Worst Candy Ever Made in the History of the World. I speak of course, of NECCO Wafers.

Anyone who grew up in New England, or to a lesser extent in the Middle Atlantic states, knows NECCO Wafers. Because they’ve been manufactured since 1847. Because of this NECCO wafers have a shroud of nostalgia-induced legitimacy around them. Your grandmother remembers getting them for Halloween when she was a little girl. They’re imbued with cultural history. They’re an historical part of the fabric of society.

This is all fucking bullshit. NECCO wafers are round disks of sugar which, based on their consistency, are made of chalk. They are flavored with the polishing paste your dental hygienist uses when you get your teeth cleaned. The flavors are similar—chocolate, orange, wintergreen. No one actually likes them, and children despise them because eating them is like repeatedly licking a flavored blackboard eraser.

On the other end of the consistency spectrum are Jujubees. Not gritty or dusty, but more like chewing a wad of allegedly fruit flavored rubber bands. Jujubees come in the approximate shape of the fruit they’re supposed to taste like, but the shapes all look more or less the same, so you have to go with color to determine flavor (assuming you want to eat them in the first place). Like Gatorade and Kool-Aid (and probably any other product whose name ends with the sound –ade), Jujube flavors are usually described as their color. Red flavored, yellow flavored, etc. Their actual flavor (corn syrup) defies description.

But worse than any other candy (maybe worse than NECCO wafers—it’s a close call) are Circus Peanuts. Circus Peanuts get my vote for the worst candy ever. Worse than anything made of chalk or rubber, Circus Peanuts seem to be made of foam insulation. I’m sure that I could take the spray foam my husband uses to seal off the cracks around our hose bibs and form it into this candy. To make it less edible (in case you didn’t realize that was possible) Circus Peanuts are banana flavored. I am not a fan of banana in any form, but artificial banana flavoring is what sin and betrayal and despair and failure taste like. All in one.

Please avoid all of these candies unless you’re eager to redecorate the exterior of your home in the style commonly referred to as November First Shitty Candy Givers. It’s easily recognizable by a notable presence of both toilet paper and broken raw eggs. Remember, when in doubt, give out chocolate. 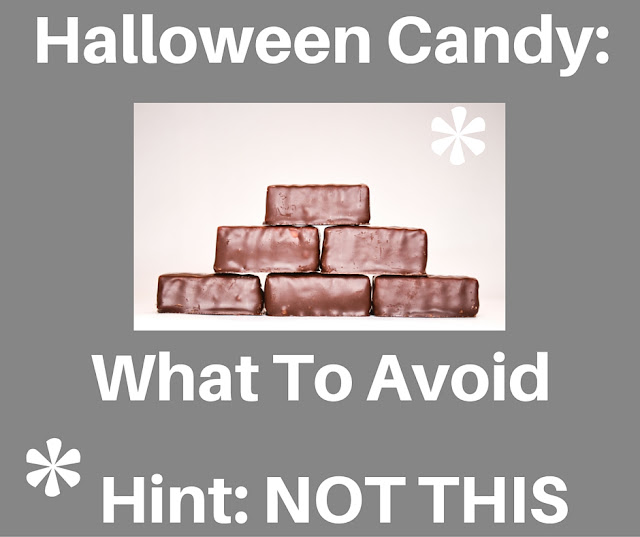 Email ThisBlogThis!Share to TwitterShare to FacebookShare to Pinterest
Labels: candy, Halloween, how not to get your house egged

Also to avoid: not giving out actual candy.

There was a woman in my childhood neighborhood who gave out juice boxes. Off-brand ones in weird flavors. Everyone just stuck those in her hedge on their way back down the front path.

And one year, from a guy who had previously seemed to understood the whole Hallowe'en = sweets thing, I got a ladleful of nuts scooped from a giant bowl of them. Just assorted, unroasted nuts in the shell. Because what kid doesn't dream of roasting and cracking open their own almonds?

Agreed! Toothbrushes, pencils, and anything else not candy is lame-o. But I have to tell you, the image of kids reaching into their bags, pulling out the juice boxes, and sticking them in her hedge, and the sight of what that must have looked like the next morning is forcing me to smother a really loud laugh because I'm at the office, and it will confirm beyond a doubt what my coworkers already know, which is that I am not working. But damn that's a funny picture!