I'M IN A BOOK and Now I'm Scared to Death

Let’s cover the most important point first (ha, see what I did there?). This here 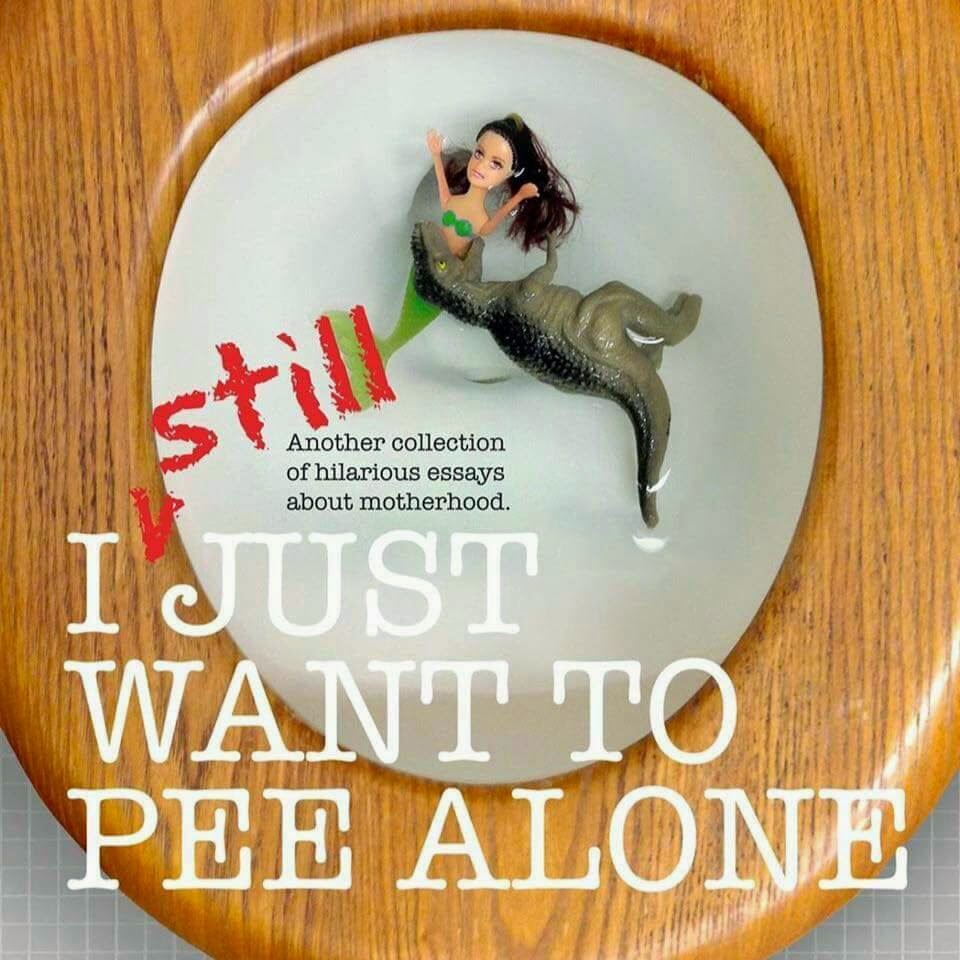 Is now available on Amazon, from iTunes, or at Barnes &Noble.

What is it, you say? It’s a collection of some funny and some touching essays by women, mothers, daughters, aunts, and all around badass bloggers.

So that’s awesome, you say. Where does the anxiety come in? Excitement, sure, but anxiety? What’s wrong with you?

That’s the problem—something is wrong with me. I don’t have anxiety so crushing it keeps me from living an ostensibly normal life, but I am afraid of things like having to talk to strangers, asking people to do things that directly benefit me, and speaking in public. All things that will need to be done in the next few months if this book is to be successful.

I’ve struggled with anxiety most of my life. When I was a kid, I just assumed I was a “fraidy cat.” I don’t know if it was necessarily a bad thing that I was, because I’m sure it saved me from engaging in a lot of risky teenage behavior. I was terrified that the first time I did any drug I would be transformed into a hopeless junky, so I did none. I drank a little, but wouldn’t have driven for anything because I was sure I’d plow into a tree, even if I’d had only the smallest amount to drink. My one high school friend who convinced me to sneak out of her house with her spent the entire time we were out assuring me that we were perfectly safe, even as I spent the entire time looking back over my shoulder for our would-be attackers.

As I’ve gotten older, I’ve gotten more uptight about…well, pretty much everything. Just last week I was sitting in a meeting at my kids’ school in which we were being trained on a tool I already knew how to use. For laughs, I made a list of very high level things that make me anxious. Here’s what I wrote down:

That’s far from a finite list. I also worry about being able to find a table at Wendy’s, getting a parking place, and that my kids will be bullied in school. And that I’ll get cancer. And that my husband will drop dead of a heart attack. And that I’ll get fired. And that I won’t be able to think of anything to get the kids for Christmas this year. Sorry, I’ll stop now.

I’ve been through a parade of therapists and social workers trying to “work past” the problem, but I’ve never been able to overcome it. I know all the techniques, all the tools: ask myself what exactly I’m scared of, review the possible worst case scenarios and problem solve how to deal with them, visualize a situation from beginning to end with a positive outcome. I also know that old line about life beginning at the end of your comfort zone, so I have pushed myself outside my comfort zone from time to time. I started doing Crossfit even though I was terrified of the idea. I signed up as a Girl Scout leader, even though that has the potential to put me dead in the sights of some of the judgiest judges ever.

I don’t know the solution, and I wasn’t really planning to resolve this issue here and now. This is intended to announce my book, and possibly get a few sympathy purchases from you guys. You will go buy it, right? Please? See, now I’m all anxious that you won’t, and you’re annoyed at me for asking you. I’m going to eat some chocolate now.
Posted by Tracy

Email ThisBlogThis!Share to TwitterShare to FacebookShare to Pinterest
Labels: blogs and bloggers, books and anthologies, HOLY SHIT I'M IN A BOOK, I Still Just Want to Pee Alone, I'M IN A BOOK